The 1st Day of a mission trip is always interesting. I say "always" even though I've only been one other time. This time, the interesting thing was that I seem to have gotten used to the sharp, piercing pain that I usually have on the right side of my face during take off and landing (yay!). I assume it's happens because of the change in altitude and maybe, barometric pressure 1. Something one would certainly want to get checked out after experiencing it once; let alone multiple times. The problem is by the time I've gotten home, not only is the pain gone, but everything else that's happened on the Mission trip is so much more important, that I just forget about it. Until it happens the next time.

The day began innocently enough with me getting out of bed at 3 a.m. for my 6 a.m. flight and blowing my nose. I brought along a box of tissues which served me well throughout the entirety of the trip. My wife was also intentional enough to get me kleenex packets to use whenever a giant box of tissues (which I carried with me the entire flight) wasn't so practical. The airport process was pretty boring. I opted for the cavity search, pardon me, "pat down" instead of the cancer machine2 as I typically do.

Enough about the mundane though, let's get back to why I'm writing here: documenting my second ever Missions Trip. I, along with the rest of the team from church 3 boarded the plane at 6 a.m. EST. We then traveled from Dayton to Atlanta and had a 2-ish hour layover. We left Atlanta around 10 a.m. EST. Not exactly ideal for someone who, by this time, really wanted to sleep. But these are the kinds of sacrifices you make when you doing something more important than yourself. I suppose.

I mean, think about it, CEOs and salespeople do things like this all the time to get business. We were going out there to spread the Gospel; to change lives! What's a few sleepless hours compared to the opportunity to make and eternal impact in someone's life? Not a bad price to pay if you ask me. So yeah,I didn't like the layover, but it's OK.

The flight to Guatemala was pretty standard, boring stuff. No one died. I did start to feel the beginnings of that tell-tale pain on the right side of my face. To my surprise, this time it didn't get so bad that the stewardess had to come to my seat asking if I was OK. I'm calling that a win! Either I was getting used to the pain or God had decided to grant me a reprieve. Whatever the reason, all I had to deal with was a stuffed up right ear for the remainder of the flight (and the first night in Guatemala).

By the way, one of the nice things about flying is you can see really cool things like the picture below. We were literally flying between the clouds. God's creation 4 truly is a site to behold. Look at it! 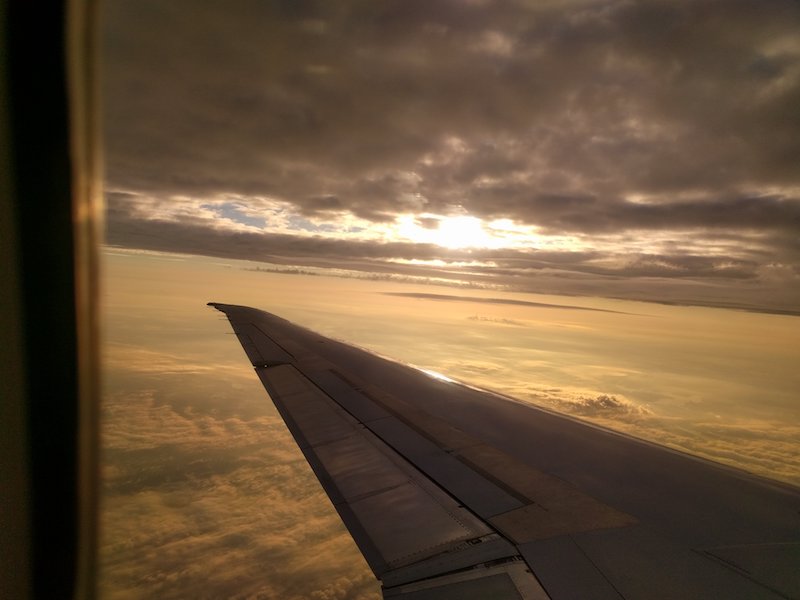 We finally landed in Guatemala at around 12 p.m. local time. The customs rigoramole lasted about an hour and when we all got through we packed onto our chartered bus and made our way to lunch! The weather outside was perfect. The sun was out and as soon as we stepped out of the airport we were greeted by heat. Glorious heat. It was as if I was being welcomed back by the country with open arms. Well, that's how I felt at least.

Lunch was somewhere in Guatemala City. It was at a Bakery/Restaurant which was, if I recall correctly, San Martin. It was at the strip mall where the bakery was located that I violated my first piece of Guatemalan artwork. I'm pretty sure this was OK, no one said to stop... 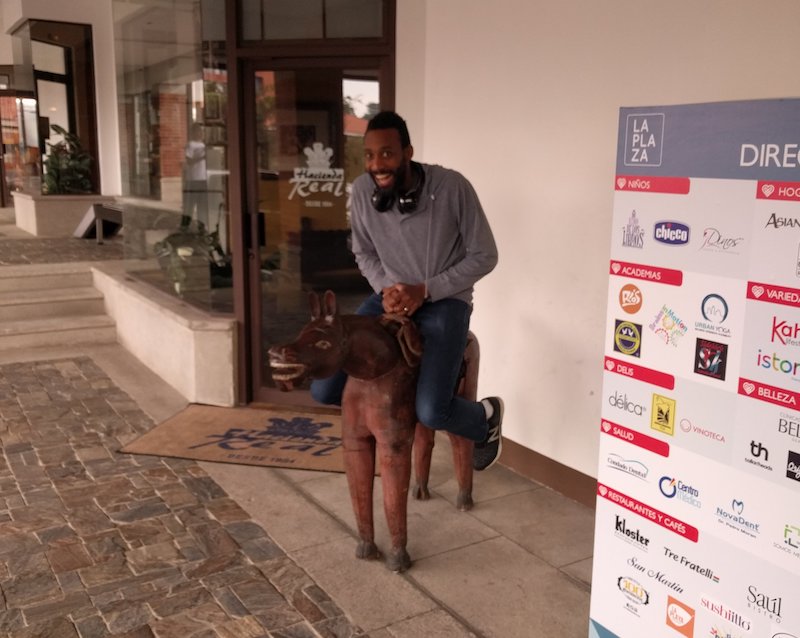 After refueling (our bodies) it was time to head to the village in the city of Cuilapa where we would be serving: Los Chilitos. Arriving at the village in Los Chiitos was somewhat bittersweet. On one hand you saw this beautiful countryside. On the other you were faced with the people living in—what I'd consider—squalid conditions. Worse than that was the trash, and accompanying the poor sanitation was (of course) some completely avoidable sicknesses.

After a short stretch of the legs we went to the house of one of the first families that accepted Christ in the village. The conditions there were better than most, but it reminded me of visiting family in the rural parts of Jamaica when I was a kid: little to no electricity, unsophisticated home structures built using mainly wood and galvanized zinc roofing. But they were lived in and taken care of nonetheless.

There was a pride and contentment I would not have expected. In retrospect, it shouldn't have been unexpected. When you don't have the niceties of a first world country to compare yourself to, and you are focused on your most basic of needs, contentment, joy even, comes easily. They had already accepted Christ, fellow brothers in Christ had come to visit and assist in the mission. What more did they need?

The answer, as ever, is Jesus! After a brief tour of the village we went across to the church and waited for others to show up for the church service. Apparently, we arrived on the same day a Cuban missionary pastor was scheduled to preach. Those of us who wished to stayed for the church service did so, while others went to the kids service at the house we had just come from. Below you can see the church building before it was set up. 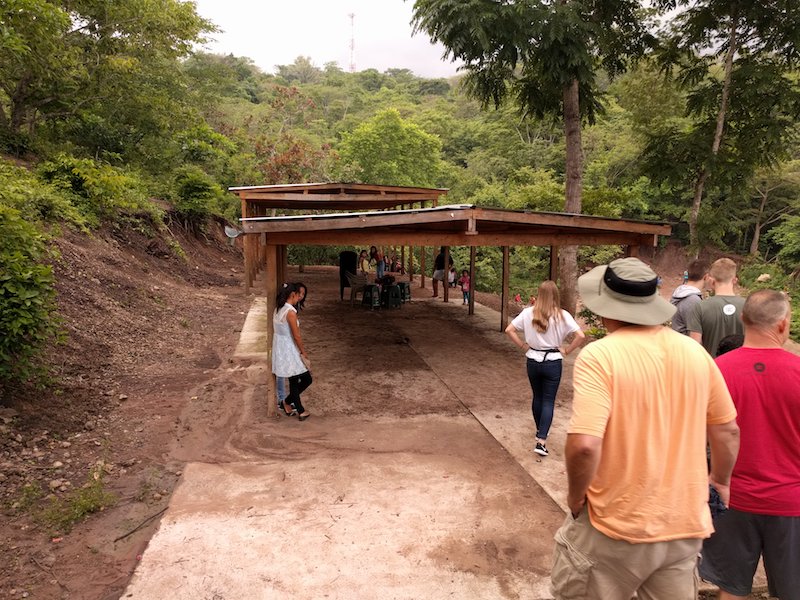 Set up was merely the addition of plastic chairs and a battery powered keyboard and, most importantly, people. People hungry for the Word of God. People who were being given hope, where previously there was none. While taking it all in it was important to keep in mind that the instrument of this change was not us. It was Jesus. We were merely tools being used to reach others and spread the word. Many had come before us, and it's likely that many would follow after we had left 5.

To the left of the church was a field with kids playing football6. Not on a football field mind you. This was merely a dirt patch with makeshift goals and the jungle as the far border. It was amazing to be a part of a church service where you could see and hear people praise Jesus in spite of living conditions that, to me at least, are not very amenable to praise.

Resting up for the days ahead

After the service ended we headed back to the hotel and the vast majority of folks headed to bed. Our hotel had some pretty flowers btw. Enjoy: 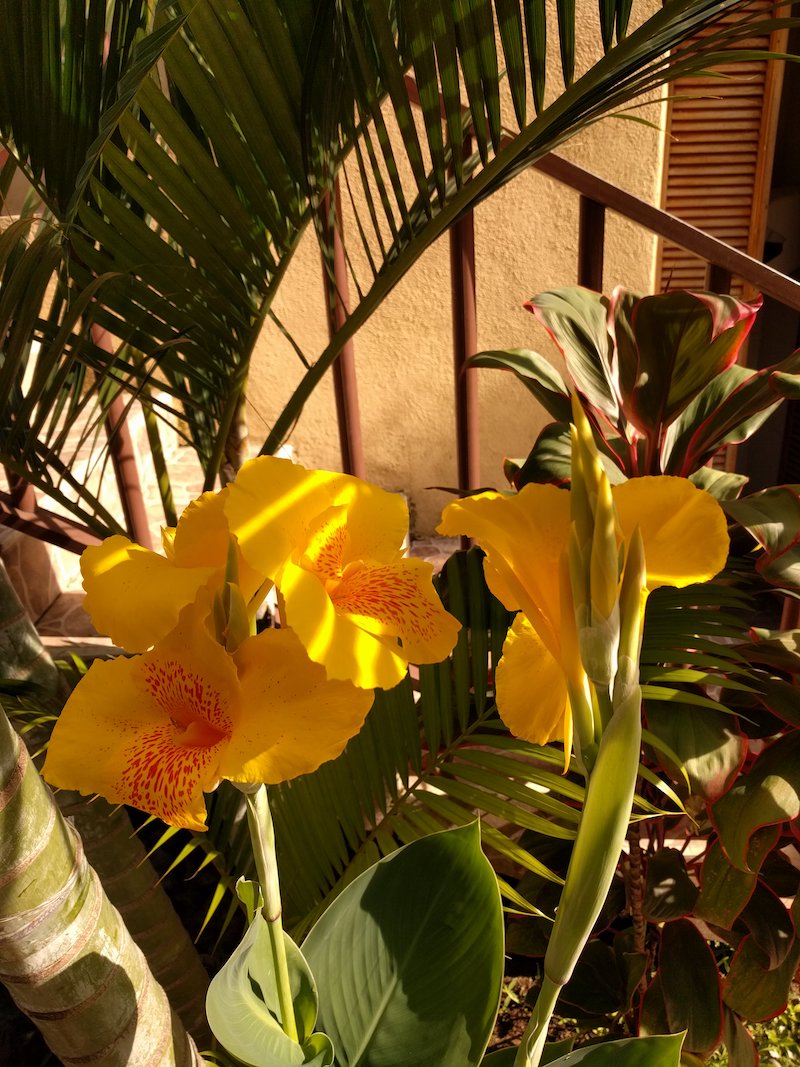 Our hotel also had a pretty nice pool, in additions to the lizards in our rooms. It also had some pretty neat floral displays. 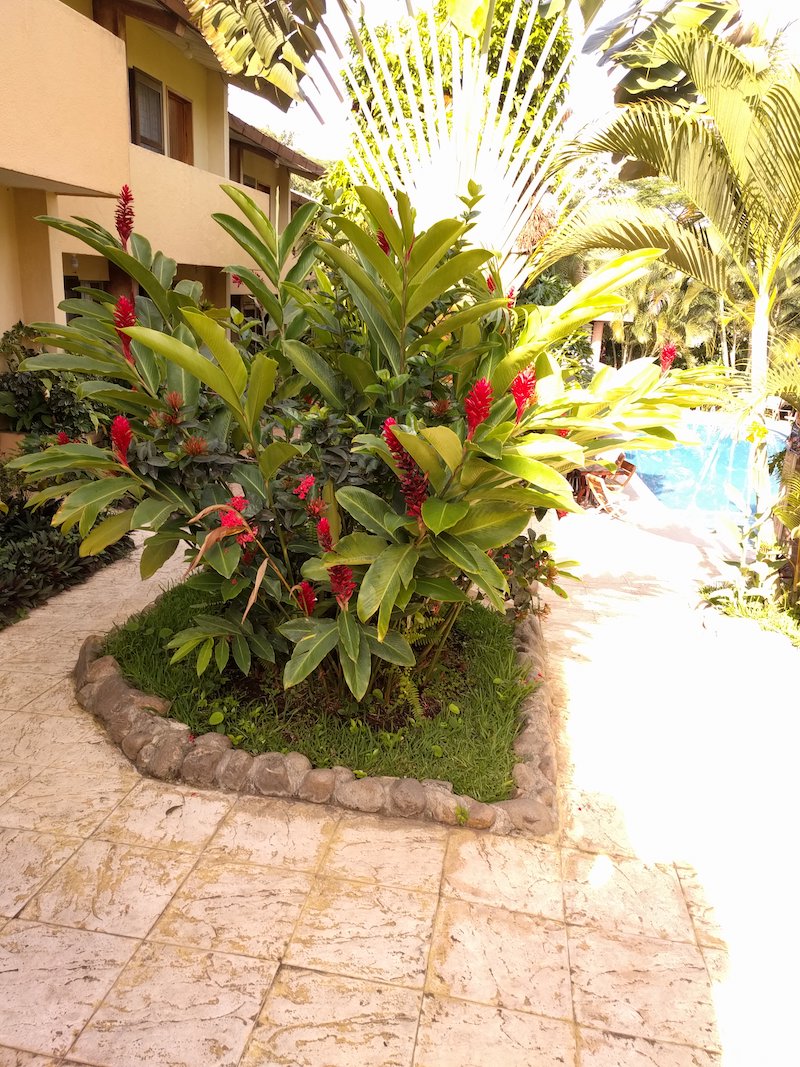 I was still partially deaf in my right ear so I figured sleep would do me some good and packed it in myself. That was pretty much how day one ended.

And other sciencey weather words.

I don't know that these (radiation) backscatter machines that I'm referring increase your chances of any kind of cancer. But given that they use radiation, which does increase your chances with each exposure, I'm just going to keep on skipping that instead of becoming a part of the eventual class action lawsuit should studies actually confirm my suspicions. I mean, it is essentially a game of math right? More exposure == increased likelhood.

Or, soccer for all the Americans in attendance.

I'm referring to the Earth here, not mankind. This time.

We actually found out exactly how true that would be. The day we were flying out our guides stayed at the airport to get another (unaffiliated) group coming in. I've no idea what they were doing, but I know this: God had, and still does have a plan.